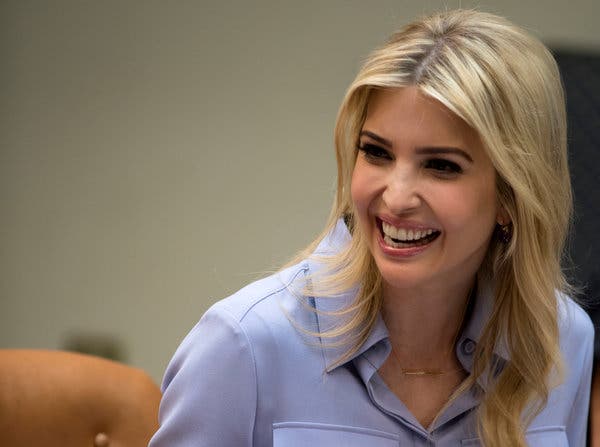 Ivanka Trump, the elder daughter of President Trump, is becoming an official government employee, joining her husband, Jared Kushner, in serving as an unpaid adviser to her father in the White House.
The announcement on Wednesday amounts to the formal recognition of the value Mr. Trump places on the judgment and loyalty of both his daughter and his son-in-law. While relying on family members for advice is hardly unusual for a president, giving them a formal role has few precedents.
Ms. Trump, 35, will be an assistant to the president; Mr. Kushner, 36, has the title of senior adviser.
When questions were raised about whether Mr. Kushner’s appointment violated federal anti-nepotism laws, the Justice Department wrote a memo in January concluding that the rules did not apply to the White House.