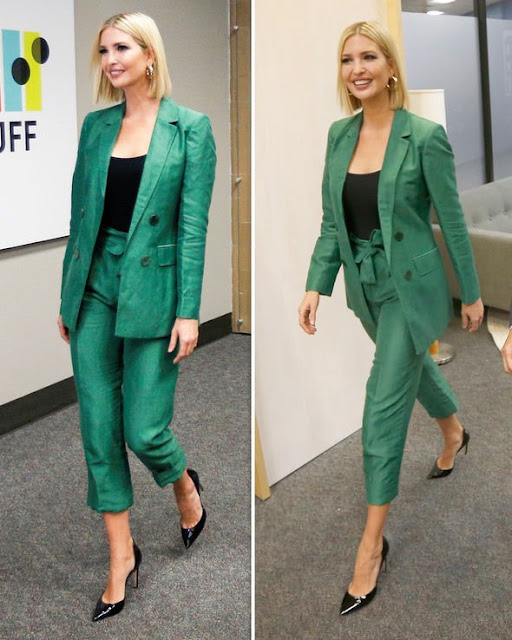 Ivanka Trump turned heads as she arrived at a meeting focusing on assisting American workers for the changing economy.
She was seen with the CEO of Google, Sundar Pichai, as they attended the event, which was held at El Centro community college in Dallas, Texas.
The visit came as Google announced it will take part in a White House initiative designed to get private companies to expand job training.
Donald Trump’s daughter wore an eye-catching emerald green suit as she stepped out in her role as senior political advisor.