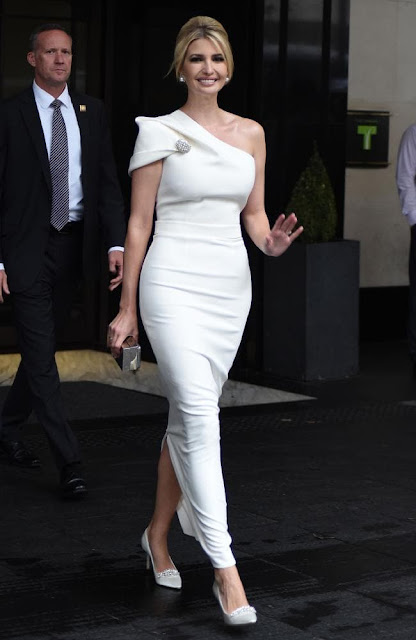 Ivanka Trump appears to have upped her game after she was heavily slammed for an “inappropriate” outfit during an official UK visit.

Ivanka Trump has completely upped her style after copping some serious backlash for looking “too casual” during an official three-day visit to the UK.
The daughter of US President Donald Trump was slammed on social media for the outfit she wore to the state banquet at Buckingham Palace on Monday, hosted by the British royal family, where she stepped out in a $AU17,000 dress at the lavish royal affair.