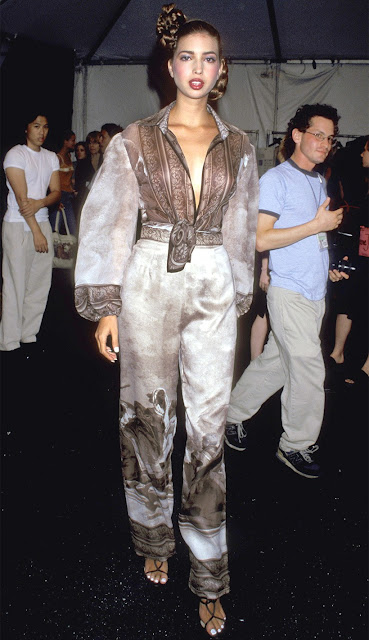 Before Kendall Jenner, Kaia Gerber, Hailey Baldwin, and the Hadids, there was Ivanka Trump. The then-teenage daughter of New York celebrity and real-estate mogul Donald Trump was one of the first famous kids to sign with a modeling agency mainly thanks to her last name. Her father had “a longstanding informal relationship” with Elite Model Management Corp., which made up for the fact that many other agencies did not view her as model material, and she eventually signed with the agency’s celebrity division. For a few years in the late 1990s, she traveled the world as a model, walking for the likes of Vivienne Westwood and Thierry Mugler. To think: just a short two decades later, she became America’s First Daughter.