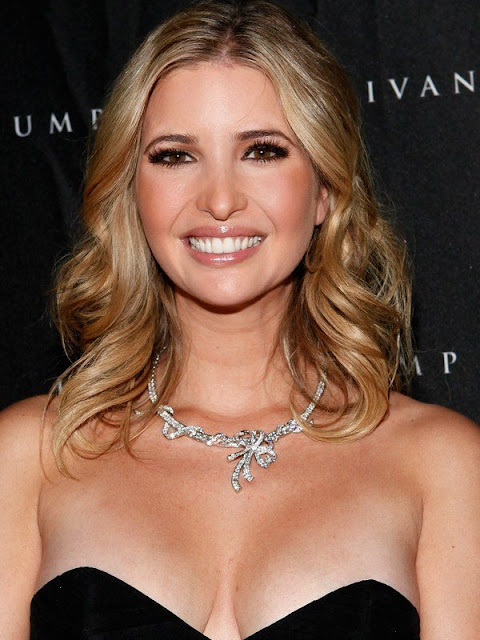 Who is Ivanka Trump?

Who is Ivanka Trump?

Starting her way to glory as TV personality and a model, Ivanka Trump became a fashion icon and a businesswoman.

A daughter of Donald Trump from his first marriage with Ivana Trump started her modeling career in 1997.
She appeared for the first time in “Seventeen”. At the same year, the beauty hosted the Miss Teen USA contest.
Ivanka joined family business in 2005 and became a part of “Trump Organization”.

In 2004, she appeared on the cover of “Shape USA”. Her face graced “July Town & Country” in 2008.
She worked with Gianni Versace, Sasson Jeans, and Trump Soho etc.
Appeared in the advertisements for Tommy Hilfiger Jeans and Thierry Mugler.

The model is a supporter of Judaism. She became Jewish after getting together with Kushne. Before that she was raised a Presbyterian.
“It’s been such a great life decision for me” – she admitted in the interview to “Vogue”. – “I think that’s an interesting juxtaposition in how I was raised as well...with Judaism, it creates an amazing blueprint for family connectivity.”

She is straight. After 2 years of dating, Ivanka married Jared Kushne. They tied the knot in 2009 and welcomed three children: Arabella, Theodore and Joseph.

She seemed to be in good relations with her stepmother. As she wrote on Twitter: “Happy Birthday to our First Lady (and my incredible step-mom!) Melania Trump... A wonderful example of kindness and grace for us all!”

0 Komentar untuk "Who is Ivanka Trump?"