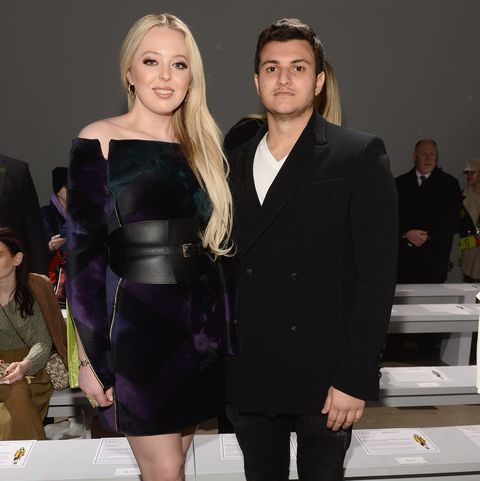 In early January, paparazzi caught Tiffany Trump and her new boyfriend Michael Boulos out in London’s upscale Knightsbridge neighborhood. Dressed in an embroidered black blazer, the first daughter grinned as they rushed into Mosimann’s, a private dining club known for its romantic two-person “Montblanc” room featuring a showpiece chandelier made of black and white Montblanc crystals.
The discreteness guaranteed at the club, which catered the Duke and Duchess of Cambridge’s 2011 wedding reception dinner, was ideal for Trump and Boulos, who’ve managed to keep things relatively under wraps, since they officially began dating.
Neither have spoken publicly about their relationship, and little has been written about the Nigerian scion. Trump, 25, is a Georgetown Law student in D.C. and Boulos studies finance at City University of London. They’ve been getting to know each other out of the public eye with trips to each other's respective cities and, so far, they’re “really enjoying their time together,” a source tells T&C.