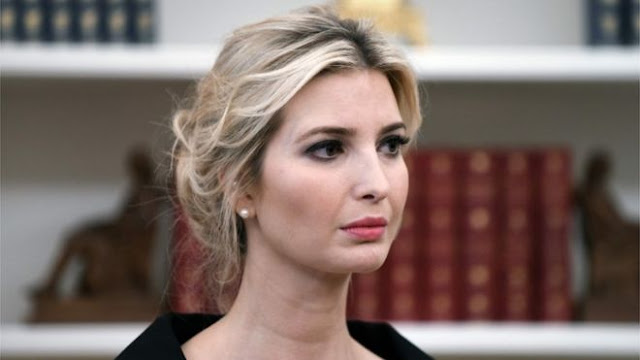 Ivanka Trump says her private emails not like Clinton's

US President Donald Trump's daughter and adviser Ivanka has defended her use of a personal email account, saying it was nothing like Hillary Clinton's.
"There's no equivalency," she said in an ABC interview aired on Wednesday.
The first daughter came under fire this month when it emerged that she had used a private email to message officials on White House business last year.
Mr Trump had lambasted his presidential opponent Mrs Clinton for her use of a private email server for official work.
During his 2016 campaign, Mr Trump suggested the former secretary of state should be jailed after it emerged the FBI had found classified information in some emails from her private server.
Chants of "lock her up" were a mainstay at Mr Trump's rallies - but his daughter told ABC that her case was different.
"Everything has been preserved, everything has been archived," said Ms Trump, 37, who holds the official title of adviser to the president.