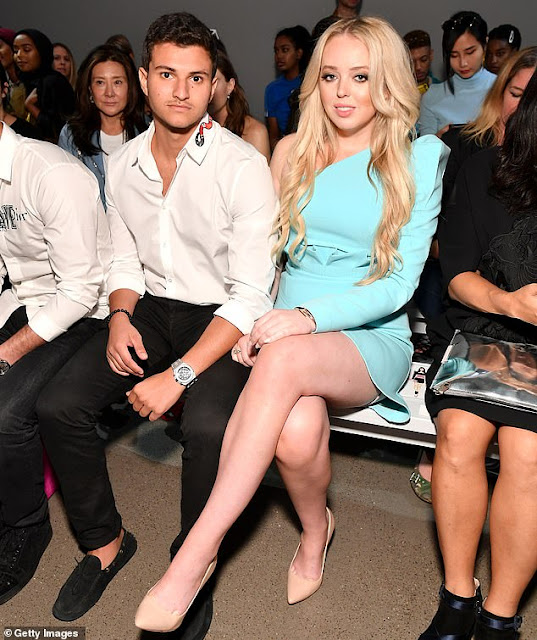 Tiffany Trump is dating a new billionaire contruction heir from Nigeria - a country her father referred to as a 's**thole' earlier this year.
Page Six reports that the youngest first daughter brought Michael Boulos, heir of multibillion dollar Nigerian conglomerate Boulos Enterprises, to Thanksgiving dinner at Trumps' Mar-a-Lago.
The pair were spotted in September attending a Taoray Wang show during New York Fashion Week, while Tiffany wore a baby blue dress and sat alongside her new beau.
Despite their public appearance, a source tells Page Six Tiffany is 'happy she has so far been able to keep this with Michael under the radar'.