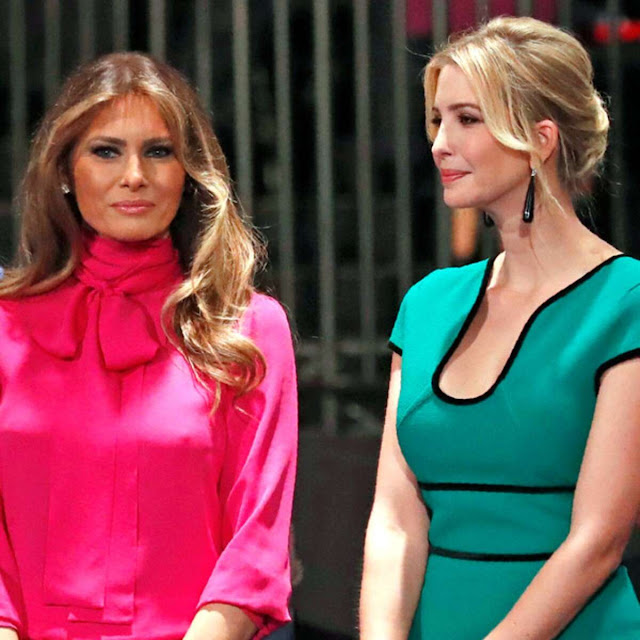 The Truth About Melania and Ivanka Trump's Unusual Relationship

Ivanka Trump and Melania Trumphave a lot in common on the surface. Money, style, poise, devotion to family and, since becoming first daughter and first lady of the United States, patience, fealty and thick skin. Such is their more recent lot in life, caught up in the miasma ever-swirling around President Donald Trump, with millions of people admiring them but millions of others finding their every move suspect.
If this were Dynasty, stepmother and stepdaughter—or Muse and Marvel, as the Secret Service call them—would be obvious rivals, constantly battling for Trump's affections (not in that way), for favor, for influence. They would snipe at each other in private and put on wide, plastic smiles in public. They might even pull each other's hair on occasion.
But this is real life, last we checked, and that is mostly not the case when it comes to the two most important women in the president's life. And not just because politics makes for strange bedfellows.