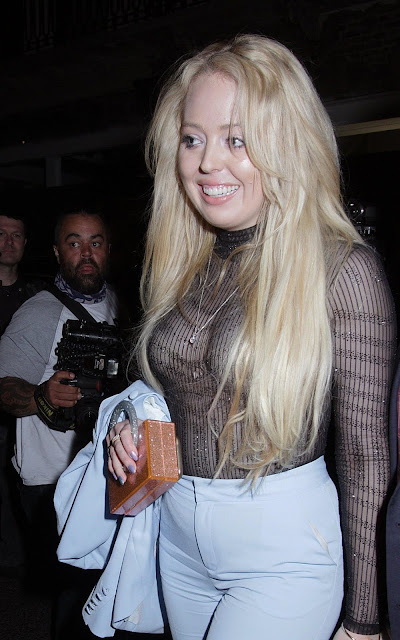 There’s another Trump in town: What’s Tiffany doing in London?


On Sunday evening, as Air Force One took off from Glasgow Prestwick Airport with the president of the United States firmly strapped in, the sigh of relief across Britain was gale-force.
In just four days, Donald Trump had come, set fire to the special relationship, held hands with the prime minister, blocked the Queen’s path, had his bloated effigy raised over Parliament Square, been protested against, played some golf, been protested against a bit more, endured Piers Morgan’s weaponised obsequiousness, and then left. And that, you hoped, was it when it came to the Trumps in Britain.
Except it wasn’t. On Wednesday afternoon, as her father was learning the difference between woulds and wouldn’ts in Washington DC, Tiffany Ariana Trump, the president’s youngest daughter, arrived in London for her own diplomatic tour. It's going swimmingly.