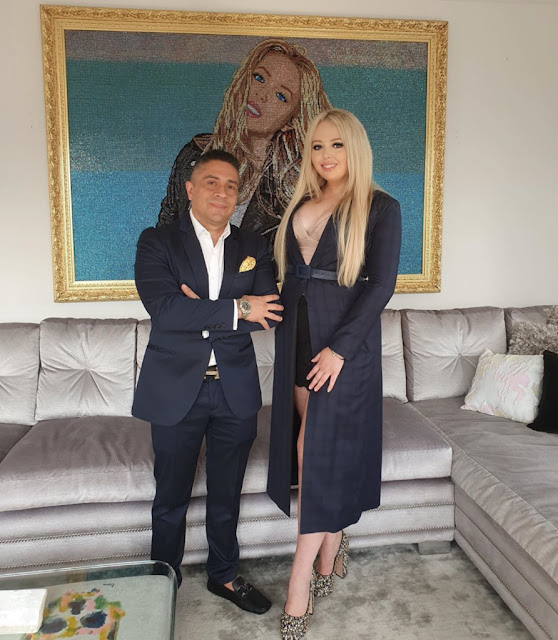 Tiffany Trump Is About to Finish Law School. And She’s Getting a Lot Trumpier.

on August 18, 2019, Tiffany Ariana Trump Instagrammed a portrait of herself standing before a bedazzled five-by-seven-foot portrait, also of herself. Of her 1 million followers, more than 50,000 have liked it, including @MrBlingColombia, who posed beside her.
Mr. Bling is the preferred appellation of Mauricio Benitez, a Colombian artist who has made portraits of Lady Gaga, Mariah Carey, and several of the Kardashians and whose preferred medium is Swarovski crystals. Mr. Bling says Tiffany commissioned the artwork, which features Tiffany in a black motorcycle jacket against a shimmering cerulean backdrop, hair taken on a breeze. It took Mr. Bling and his team just over a month to fully realize the piece, manually affixing 150,000 crystals onto a plain black canvas, one by one. The piece was then flown from Medellín to Miami, where South Beach framers fitted it with an ornate, gilt surround.

0 Komentar untuk "Tiffany Trump Is About to Finish Law School. And She’s Getting a Lot Trumpier."